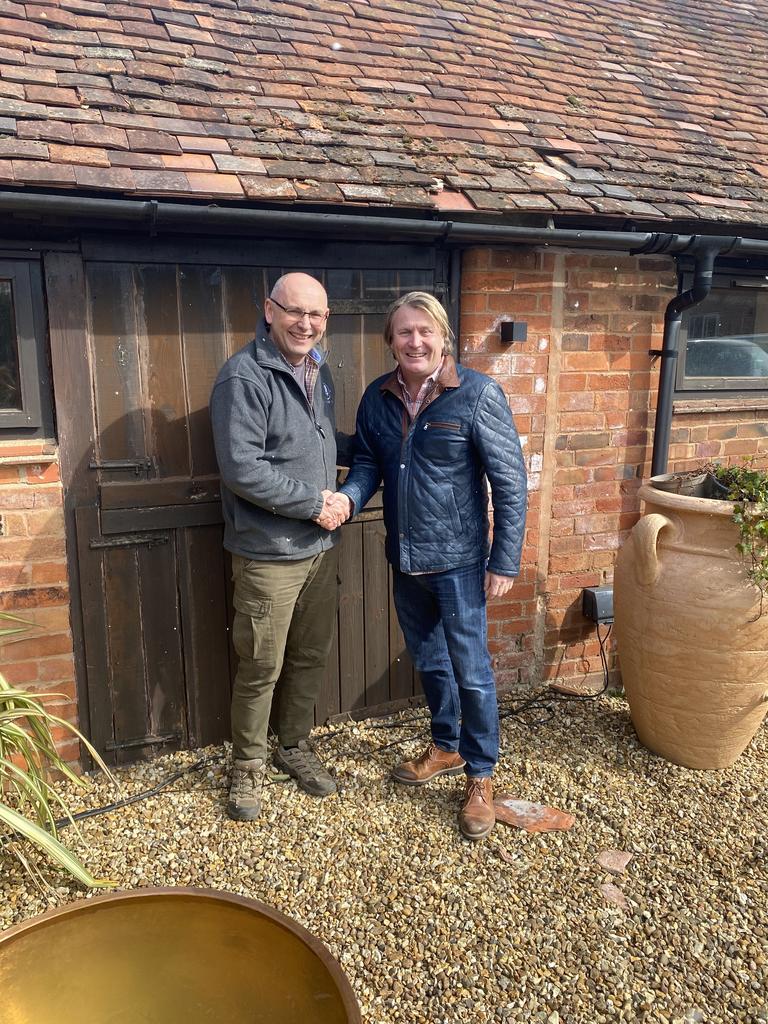 Harkness Roses are to launch a national campaign to revive the rose as Britain’s favourite plant in partnership with Broadcaster and Chartered Horticulturist, David Domoney. It will be promoted through social media platforms, national press and several short films are in production highlighting the benefits of this unique and beautiful plant.

David Domoney says, “I have always enjoyed the beauty of the rose, having worked for two rose growers in the past and created many rose gardens myself. One of these was at RHS Hampton Court Palace Flower Show for House Beautiful Magazine, but my favourite was in my own garden. My passion for roses is so strong that my daughter has ‘Rose’ in her christened name. I have seen roses growing in the bitter cold and have also see them blooming in the blistering heat in Kitchener’s Garden in Luxor, Egypt which shows me the true versatility of this unique plant.”

Roses are without a doubt one of the most popular flowers in the world, with well over 30,000 varieties across the globe. Their beauty doesn’t stop in the garden as they are one of the top used cut flowers for bringing blooms indoors. They have a longstanding role in the cosmetic industry in perfumes and anti-aging treatments, as well as being used in medicinal treatments for their anti-inflammatory properties.

Over the years, this mighty plant has hit heights in the hearts of the British nation and with the positive attitude to gardening post-lockdown, it’s the ideal moment to refocus on the nation’s favourite. We will be launching many events to capture the benefits of the rose; not only the flower, but the plant itself, like its uses in fragrance, skin care, nutrition, and the power of symbolism as the flower that evokes feelings of love.

David White, Managing Director of Harkness Roses, says “We have worked closely with David Domoney in the past to launch the ‘This Morning’ Rose at Chelsea Flower Show in 2018. David has some fantastic ideas and the whole team at Harkness is looking forward to working with him on a whole range of national campaigns, blogs and videos over the next few years. We are particularly excited to launch The Great British Rose Revival project which aims to educate the consumer that roses are easy to grow, beautiful and enrich our senses – every garden should have one!”

The new partnership hopes to reinforce and bring attention back to the rose, which has been used as a symbol since the ancient Greek and Roman times. The rose has been a withstanding and heraldic image of English kings and queens, with the recognisable Tudor rose showing a combination of the red and white rose, that brought together two houses.

Continuing the royal theme, Harkness have launched The Queen Elizabeth II Rose, selected by Her Majesty to celebrate the Platinum Jubilee. As Britain’s longest reigning monarch, the occasion is being marked by a magnificent soft pink bloom with a strong sweet scent.

To do this, videos will be launched in Spring, coinciding with an exhibit at Chelsea Flower Show in May. There will be blogs, social media campaigns, a rose giveaway and the launch of a new rose named after Peter Seabrook.